Yesterday was Matt’s birthday and it also happened to mark the 6-month date since Jack went into cardiac arrest.

I remember reading once that a mother of a child with special needs dreaded getting asked how old her son was. I now see why. When people ask how old Jack is, I can see them doing the mental math and expect him to have already reached certain milestones (like walking). Other times people make comments like, “oh he must be running around now..” without realizing.

These comments and questions don’t really bother me. But it does quickly point out the deficits Jack currently has.

In their first few years of life, children change and grow so rapidly and milestones are our way of tracking and ensuring they’re developing in a typical way. Those same milestones serve as red flags to parents if something isn’t met on time. This is understandably very worrying for some parents.

Now I measure Jack’s milestones differently. I measure them when they happen without expectation of when they should happen. He’s going to walk. That’s a certainty. But I’m no longer concerned that he hasn’t walked by this date or that date. I just plan to have a big ol’ celebration of that milestone when he takes those first steps.

And I’m pretty sure that when he does, “running around” won’t be far behind.

What’s new with Jack this week? 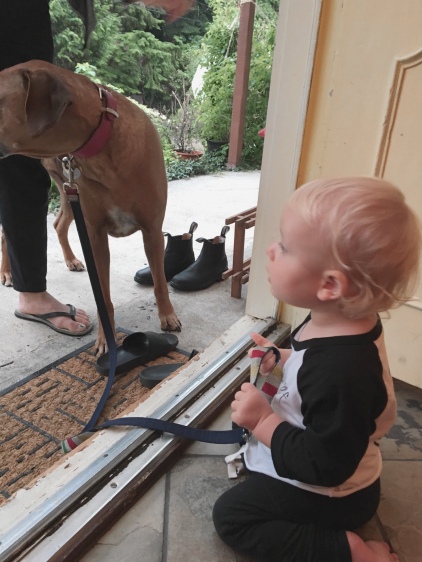 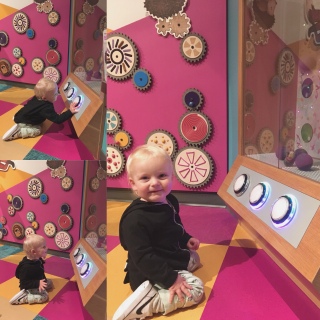 Pretty incredible to think how far we’ve come. He’s not quite caught up to where he was pre-trauma but he’s pretty damn close. Keep givin’ ‘er little one.

One thought on “Milestones.”

Today marks one year since Jack went into cardiac arrest. Let’s just say I’m looking forward to what the next 12 months hold for this amazing little fighter we call our son. 🦁♥️ new post is up on the blog (link in bio 👆🏻)
Results are in! We’ve heard back about Jack’s full exome sequencing. Read our latest post to learn more and hear about Jack’s current therapy program (link in bio 👆🏻). #jackthelionheart #exomesequencing #thatdimpletho
Round 2 of genetic testing started today. This guy had a blood draw today and handled it like a champ. His sticker is a cat meme that says “You think you’re tough? I’m the toughest, I got a shot.” #jackthelionheart
Yesterday marked SIX months since Jack went into cardiac arrest. Today he took multiple steps along a couch, a water table and in the bath (while holding on). He also threw a lot of food on the floor. 🤔💥 #throwingisfun #jackthelionheart (new post with more of an update is up on the blog- link in bio)